Clear Communication is Key: When Your Audience Makes a Difference

Automation engineers have the difficult task of connecting with nearly every stakeholder on a project.  Clear communication is vital to navigating these relationships well. 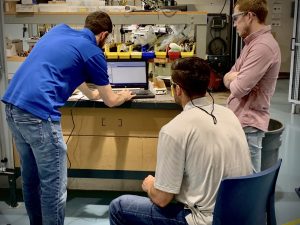 Industrial control systems interact with almost all areas of a construction project. Because of this, an automation engineer needs to develop the skills to communicate clearly with personnel in varying roles within the project. The key to making this communication effective is to identify others’ roles, realize their areas of focus, and how they contribute to the project, and then adjust according to the audience.

For example, we look at three distinct roles– process specialist, safety officer, and operator, within a project and how one can vary communication based on each perspective:

A process specialist can take many forms- a design engineer, a chemist, or a product owner depending on the industry. They are concerned with reactions, ratios, and flowrates rather than pumps, conveyors, and valves that produce them. To communicate well with a process specialist, an automation engineer needs to understand the process they are controlling and the ways each piece of equipment can impact that process, both positively and negatively.

A safety officer’s work touches all areas of a project, similar to that of an automation engineer. A discussion should center around alarms and shutdown modes for both the individual machine elements and the process. In–person interaction with the control system is a starting point for the machine safety conversation. Process safety usually involves a conversation between the safety officer and the process specialist. It is helpful for the automation engineer to be present during these discussions, even if the primary role is to listen.

Operators are the most crucial, and yet often forgotten, group with which an automation engineer must communicate. There is a misconception that control systems are to replace the operator, however, the opposite is true. The most well-thought control system will be, at best, only moderately effective without operator buy–in.  The ability to talk through each individual operation in a system with an operator allows an automation engineer to tap into the wealth of knowledge that they carry. Attentive listening leads to a robust, efficient, and well-liked system.

As with any job, communication is key in control system integration. What makes communication especially difficult is the variety of disciplines with which an automation engineer must be able to discuss a project. It’s important to recognize that each role brings its own benefit to a project. Progress comes when conversations are held in a way that promotes mutual understanding instead of conflict. The ability for an automation engineer to know the audience and explain a control system accordingly is vital to success.