The story of how we started, what we’re grateful for, and what we’ve learned. 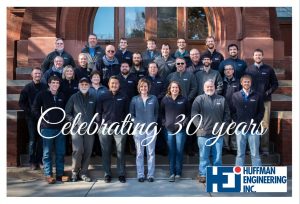 To celebrate 30 years in business, we decided to give our community an authentic glimpse into the ups and downs of running our business. One thing is for sure, Wendy and Howard Huffman count their blessings as they reflect on the twists and turns of their 30-year journey. They are quick to say that Huffman Engineering is here today because of the support, dedication and loyalty of employees, friends and family who were willing to dig in and help when the need arose.  In addition, the support and loyalty of many customers and business partners made all the difference.

When we asked Howard what led him to start Huffman Engineering, he thought and then deadpanned, “Well, it was just an act of stupidity and ignorance.” Howard reflected on his youthful exuberance, “Despite ignorance and being severely undercapitalized, we made it work with the help of others.”

In Huffman Engineering’s founding year, 1987, Wendy and Howard had been married for about 7 years and had two small children. Originally from Nebraska, they had been living in Rockville, Indiana while Howard was finishing up his Master of Science in Electrical Engineering at Rose-Hulman Institute of Technology. In addition to full-time classes, Howard had a full-time job at the Eli Lilly and Company’s manufacturing plant in Clinton, Indiana.

As he was finishing his masters, Howard and Wendy wanted to move to either Indianapolis, where their friends lived, or return back home to Lincoln, Nebraska. Howard asked for the transfer to Eli Lilly’s facility in Indianapolis, but was turned down. His director later told him, “We are not going to let you go; you are too valuable here.”

Howard was left with the choice to find another job in Indianapolis or move home. Howard began interviewing with companies in Indianapolis. Amid his job search, a trip home for Thanksgiving in 1986 changed the course of their future.

Wendy’s brother, Tom, was doing mechanical consulting for a food producer. At Thanksgiving, he asked Howard if he knew how to hook up a load cell to an Allen Bradley PLC – a new technology at the time which Howard had already been working with. Thirty years ago, there were not a lot of integrators. Manufacturing was just adopting the new PLC technology.  Tom asked if Howard would be interested in helping him on the project. When Howard and Wendy returned to Indiana, Howard started work on the schematics for his brother-in-law; weeks later they presented it.

The customer loved it.  It was exactly the type of electrical design expertise they had been looking for!  In fact, they loved it so much that in February of 1987, the customer flew Howard to Omaha for a meeting. At that meeting, they told him they were building an additional production line and wanted him to start his own business, move back to the area, and do the engineering work on the new line. They gave him a P.O. worth nearly a year’s salary to close the deal!

With that P.O. in hand, Wendy and Howard were feeling great about their future! Howard was still finishing up his class work and told the company he would not be able to make the move until June, but he would work remotely part-time to get started. Howard and Wendy put their house on the market and started looking for a new home in Nebraska.

A Not-So-Friendly Welcome to the Wonderful World of Business

In June of 1987, Howard and Wendy settled into their new home in Nebraska and Howard was excited to get started at the food producer.  On June 1st, Howard arrived at the customer’s site with his P.O. in hand to start the work on the new line.  He was greeted with, “Oh, that project has been cancelled.” They proceeded to give Howard the cancellation notice. Howard said, “Well, what do you suggest I do?” They told him to hang in there for a couple of months and maybe they would be able to find something for him.

With a family to support, hanging in there was not an option. Wendy and Howard’s Indiana home had not sold. They had two house payments and two kids under three; this was not the bright future they had anticipated!

With minimal business at this customer through Tom, Howard started knocking on doors of manufacturers. His first break was Square D (Schneider Electric now) and shortly after, Goodyear. Just as they were starting to breathe a sigh of relief, Black Monday hit the financial markets on October 19, 1987. Stock markets around the world crashed, shedding a huge value in a very short time.

It was a struggle, but Howard and Wendy focused on making the business work. By the end of the year, Huffman Engineering hired their first employee – a co-op. Shortly thereafter, their first full-time employee was an electrician.

In 1993, they hired their first engineer, Craig Malesker, who is still with them today and in the employee spotlight! Craig’s talent as an engineer proved very valuable from the start. Howard was amazed when on his very first project – a very large project – Craig completed all of the engineering work and when it came time to flip the switch on, EVERYTHING worked seamlessly. As Howard puts it, “There are very few jobs that when you hit start everything works with NO changes!”

In 1994, a competitor needed help in Milwaukee for a Japanese company building their first plant in the U.S. to make toner for high speed printing.  It was their largest job to date – just their portion of the job was 1.5 million! Keith Mandachit was a co-op during that first major successful project. Just a sophomore, Keith did an outstanding job. He co-oped for the next two summers then came to work full-time upon graduation and is still with Huffman Engineering today!

From that point until 2000, Huffman Engineering was growing and hiring at a rapid pace.  Then, the ‘Y2K fear effect’ pulled the rug out from under them. As Howard and the other engineers anticipated, very few computer failures were reported when the clocks rolled over into 2000.  What Howard did not foresee was that companies had spent so much money on Y2K remediation that come 2000, they had nothing left for capital spending projects.  Huffman lost 90% of their business in a matter of 3 weeks.

In hindsight, Howard says, “At that point we were up to 49 employees. We had hired a lot of people in a short period of time and it had messed up our culture. In addition, we were bleeding to death (financially) and we could not see it. Losing 90% of business so quickly was actually good instead of doing a slow bleed to death. It forced us to look at internal processes and straighten the ship. It was a tough time and we were faced with tough questions. Who do we keep? Who do we let go? How do we get new business when everyone is hungry? How do we improve processes to do more with less?”

From 2000 to 2010, Huffman Engineering grew purposefully and focused on improving processes and efficiency. Eventually, they were able to return to the revenue they had been at prior to Y2K, but they could now do that same amount of work with 21 people rather than 40 people. During this time, Howard and Wendy also made the decision to temper growth in order to help employees enjoy good family lives. This meant focusing on a limited geographic area to reduce travel so that their engineers could be home at night with their families.

Thirty years later, through multiple good times and bad, Huffman Engineering is a thriving business with 32 employees whom they consider to be family. It’s that family culture that Wendy and Howard are very proud of. “What makes us different is our emphasis on people. We really care about our employees and their families, and they, in turn, care about us and our customers. They are willing to dig deep to help us pull through tough times. We know they could make more money going to one of the coasts, but they choose to stay and we are thankful for that.”

A Few of the Breaks That Kept Their Business Going

***Note: This is just a sampling of how the friendship and generosity of others is why Huffman Engineering is thriving business celebrating 30 years! Thank you to all who have helped us, time and again, along our journey!

Their first landlord helped them out. They moved into a rented garage with 2,500 square feet of space, the landlord was sympathetic to their situation and let them pay the beginning years of their lease at a lower rate so they could afford to stay in business while they were building their customer base.

When they hit rough patches early on, it was friends and family who came through for them. They let them borrow money when the bank turned them down for a loan. Wendy and Howard left the bank that turned them down for a loan early on and have had a long-term trusted relationship with Cornhusker Bank, a Lincoln community bank committed to the success of local businesses. As Wendy put it, “They have a different mindset than most banks. They are willing to help when the chips are down and they have ridden the ups and downs with us.”

In 2000, Howard got involved in a local business owners’ forum. Amid the Y2K fall out, Howard learned that he was not alone – everyone was struggling. The business owners talked to each other about their struggles and experiences. Howard found this very helpful to navigate the devastating loss of business Huffman Engineering was trying to recover from.

Howard clearly remembers one of the forums that had a big impact on him. In 2004, business appeared to be headed and in the right direction; it was looking like we would survive. He was telling the forum that his business was breaking even, and it looked like they have turned the corner. One of the other business owners asked why he did not look happy as he was reporting this good news. Howard told him that he was just tired; It had been a rough couple of years. The business owner sternly told Howard, “You have three choices:

Howard appreciated his honesty commenting, “You have to be willing to listen when people tell you something like that.”

In 2001, Ray and Jeanne Bachelor stepped up to help out. Ray and Jeanne own Bachelor Controls, another control systems integrator, which Huffman Engineering has competed against for projects and at times, shared resources with. Knowing Huffman Engineering was navigating a tremendous business loss, Ray expressed to Howard that he would greatly benefit from attending the new Control System Integrators Association (CSIA) conference – an industry specific conference. Howard declined because of his financial situation. Ray again encouraged Howard to attend the following year, but Howard still could not afford to. This time, Ray insisted and actually offered to pay for Howard to attend in 2002.

According to Howard, “Joining the CSIA did make a big difference when I went to that first conference we were in survival mode; it was encouraging to know that I was not the only one. The CSIA’s Best Practices gave us a good blueprint for best business practices specific to control system integration businesses.” 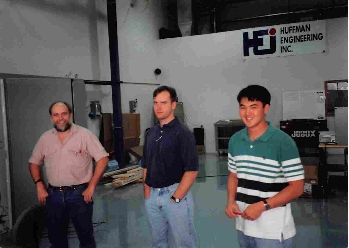 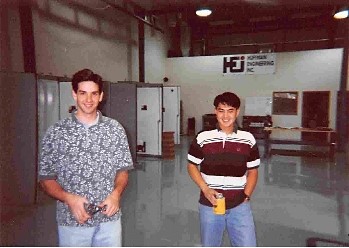 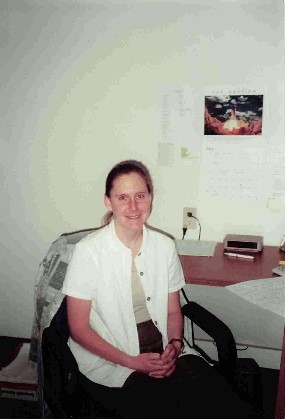 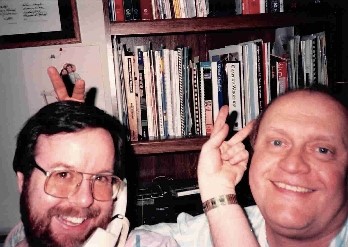 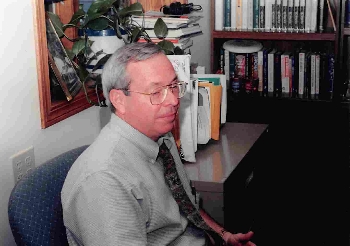 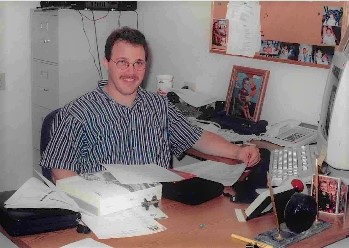 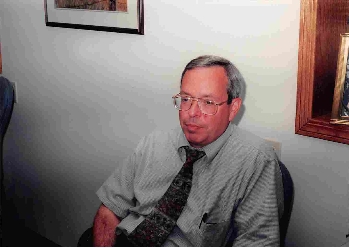 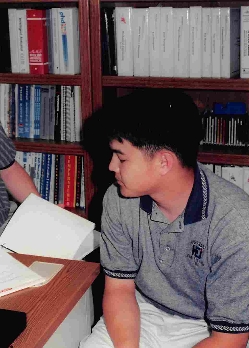 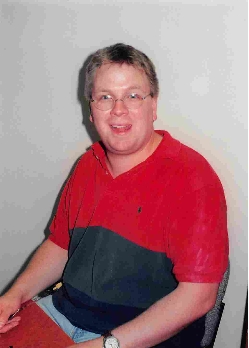 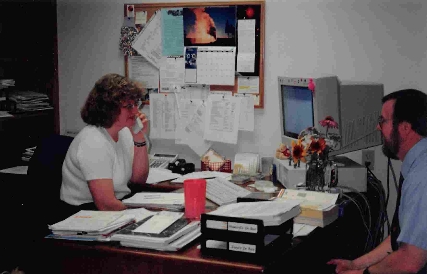 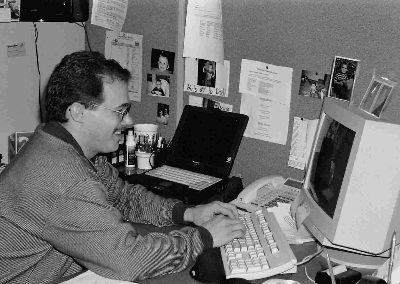 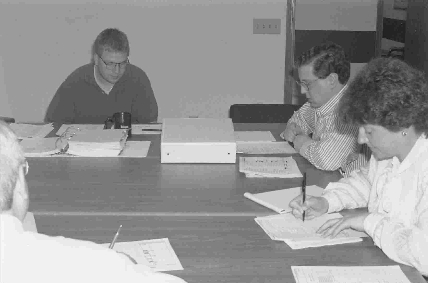 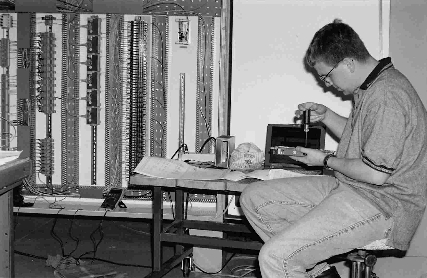 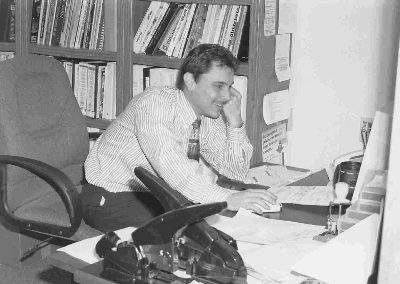 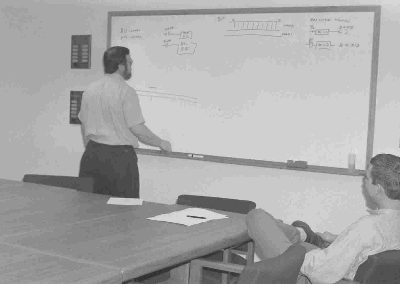 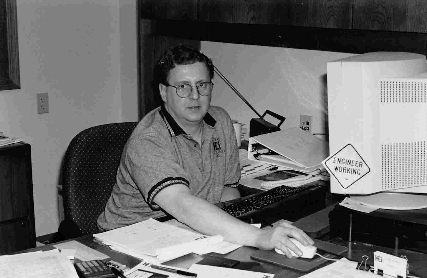 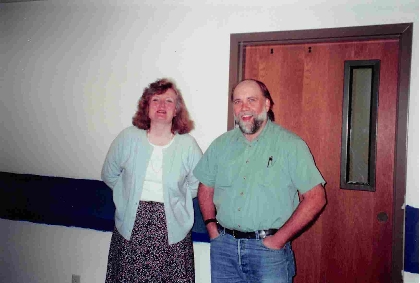 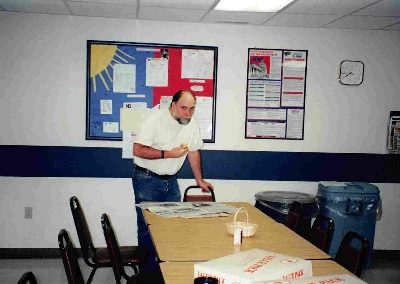 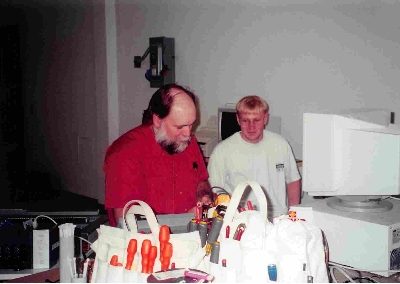 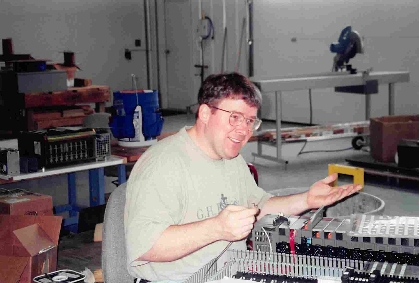 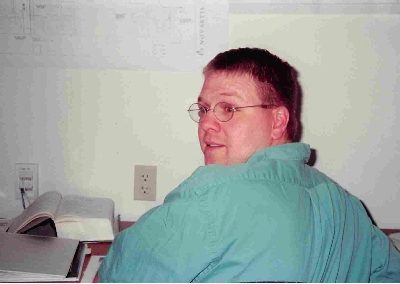 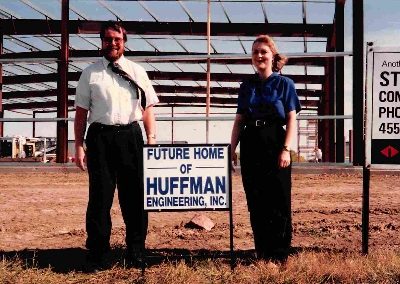 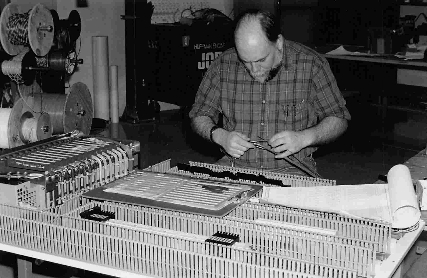 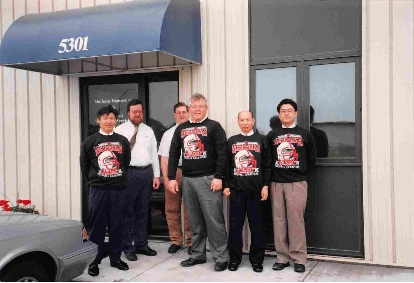 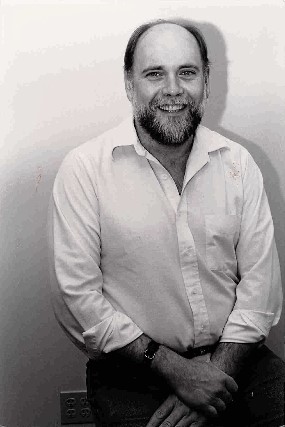 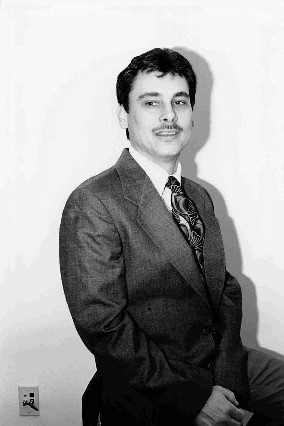 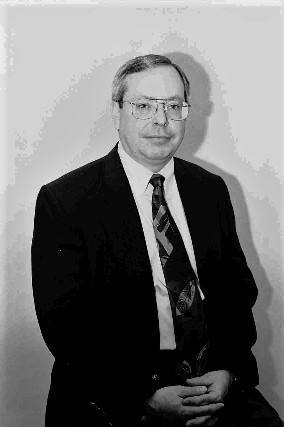 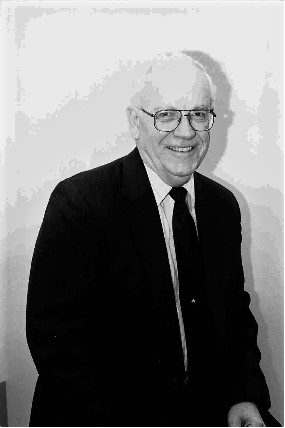 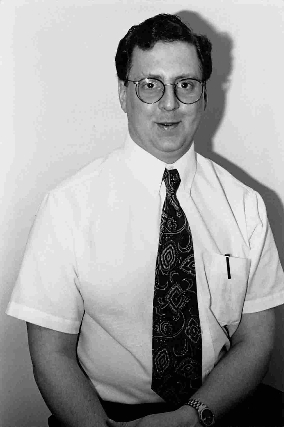