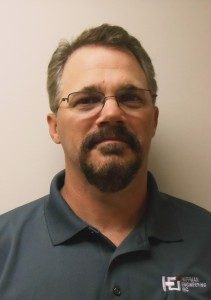 Jim Fricke, PE, joins Huffman Engineering, Inc. as a Senior Electrical Engineer. He has over 20 years of experience as an electrical engineer, including roles as project engineer, project manager and team leader in both the automation and building system industries.

Fricke, who has a bachelor of science in electrical engineering from the University of Nebraska-Lincoln, has used his extensive knowledge in building electrical, communication and control systems to design and manage projects of various sizes in fields such as pharmaceuticals, education and healthcare.

He has professional registrations in Nebraska, Kansas, Missouri, Colorado, Arizona and Minnesota. Fricke belongs to the Institute of Electrical and Electronics Engineers (IEEE).